This Apple Cinnamon Baked Oatmeal is an easy, healthy breakfast that’s loaded with apples, vanilla,  maple syrup and cinnamon. Enjoy the most delicious flavors of Fall.

I thought I was in love when I discovered overnight oats, but then baked oatmeal entered the picture and totally won me over. Plus, there’s nothing better than making a breakfast that everyone loves! 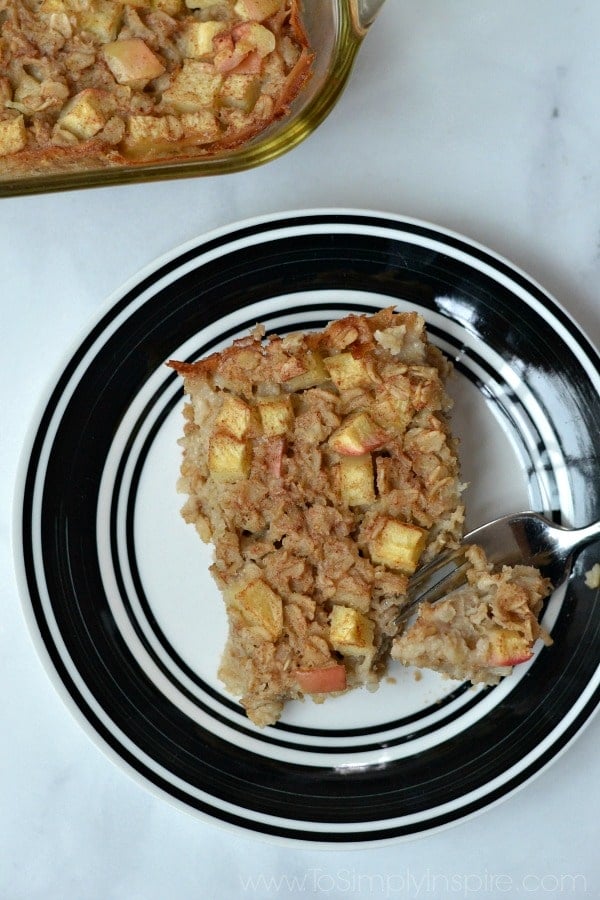 Baked oatmeal is known as a comforting Amish traditional breakfast.  Instead of a hot bowl of porridge that we are used to, this recipe is similar to a bread pudding. It’s easy to whip up and have ready to serve a crowd or to meal prep for several days of breakfast.  Make these Egg Muffins too for a wonderfully balanced start to the day. 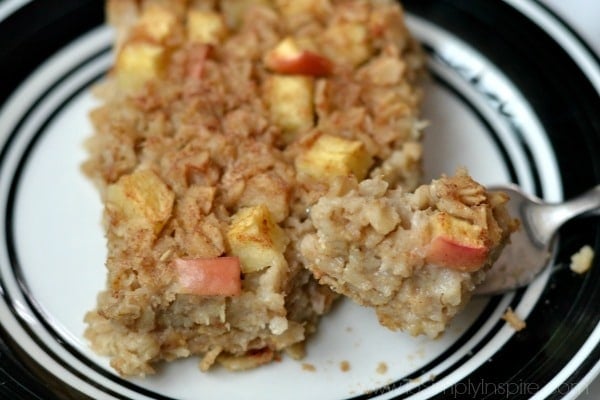 This apple cinnamon baked oatmeal version was inspired by all the apples that are now available at our local orchards, aka know as one of my favorite times of the year.  Fall is definitely in the air!

I will definitely be making a blueberry and pecan version very soon. I’m thinking a peach and banana version with almonds would be fabulous too. You can use any of your favorite nuts and even experiment with other spices like nutmeg too. Whatever you add will certainly be a winner.

Thie recipe is vegan as well if you use nut milk or oat or rice milk as well as maple syrup and not honey.

Use old-fashioned rolled oats for this recipe.  Use a gluten-free variety if needed to ensure gluten-free

Coconut oil is best in my opinion but canola or vegetable oil can be used as well.

Diced apple.  I used a honeycrisp but any apple like a gala or macintosh could be just fine too.

Raisins are a great addition too.

How to Make Baked Oatmeal 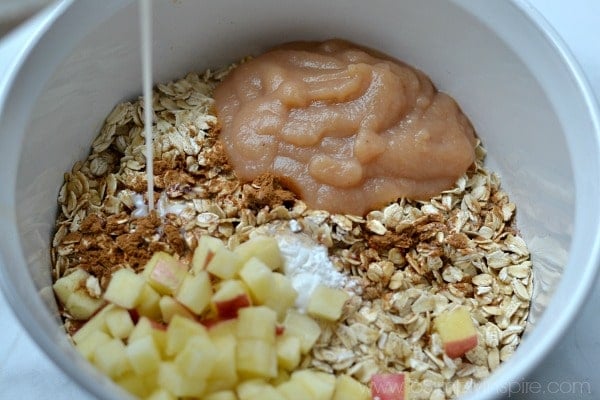 Fold in ¾ cup of the diced apples. 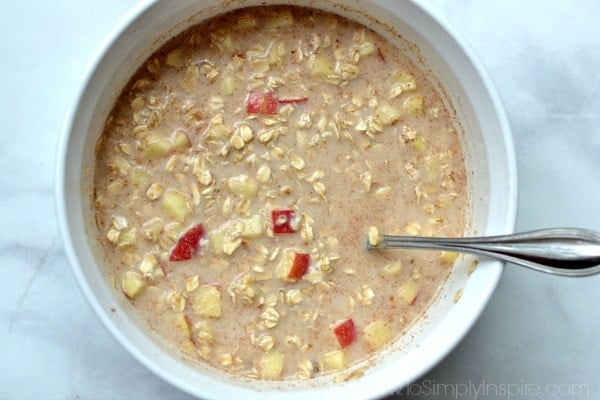 Pour mixture into a prepared baking dish and top with the remaining ¼ cup of diced apples.

Bake for about 40 minutes or until the center has set and a toothpick comes out clean. 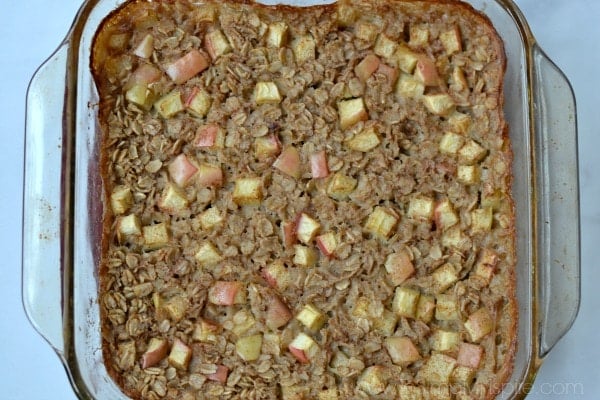 Cool completely before storing in an airtight container the refrigerator for up to 5 days. 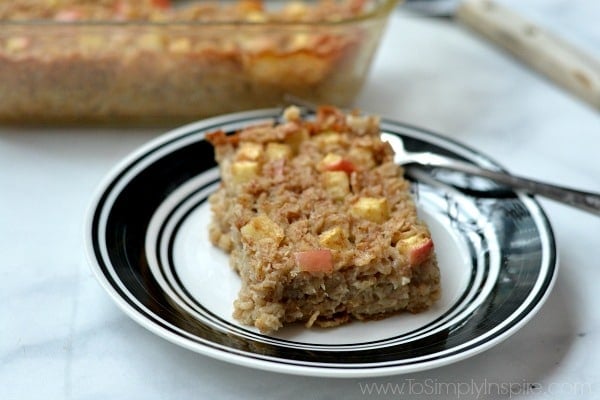 Try these other easy breakfast recipes too: 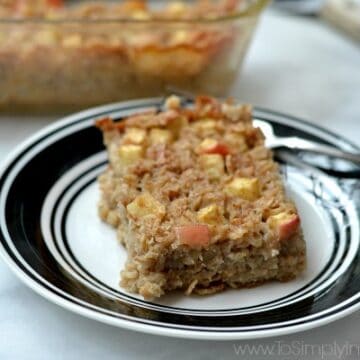 For Gluten-free: Be sure to use certified gluten-free oats.
For Vegan: Use non-dairy milk, flax eggs and coconut oil.
For Nut-free: use pumpkin seeds or sunflower seeds instead. Serve with a drizzle of almond butter, honey, or maple syrup. Nutritional information includes raisins